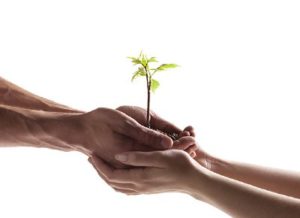 According to the World Health Organization (WHO), infertility is a social disease. On average, one in ten couples in the world has problems with conceiving a child.

Being underweight or obese may contribute to a couple being unable to conceive. The most popular method of determining the proper body mass is the calculation of BMI, based on the body weight in relation to the height of a given person. It is assumed that the permissible BMI value ranges between 18.5 and 24.5. Higher indices indicate being overweight or obese, and lower ones indicate being underweight. Consultation with a dietician or paying more attention to nutritional choices is advised. Sometimes, the situation requires a visit to a specialist, who will verify whether the improper body mass is related to other diseases, like thyroid dysfunction.

Infections in Urinary and Reproductive Organs

Recurring, untreated or improperly treated infections like cystitis may result in adhesions. These in turn cause tubal occlusion and resulting difficulties with fertilization.

Regular menstruation – in the case of every woman – depends on proper ovulation. It is considered that the proper menstruation cycle should last from 21-35 days. In such cycles, menstruation occurs at acceptably regular intervals. In the case of bleeding or spotting which occurs irregularly or between periods, a gynecologist should be consulted. Typically, the doctor will recommend a panel of tests and determine the levels of hormones participating in the regulation of the menstrual cycle to diagnose the cause of the problem. The gynecologist will also perform ultrasonography and suggest the path of proceeding that is optimal for the patient’s medical situation.

Irregular menstrual cycles can often indicate a hormone imbalance and resulting ovulation disorders. They can be associated with thyroid diseases, polycystic ovary syndrome (PCOS), or luteal phase disorders. If ovulation does not process properly, problems with getting pregnant emerge.

Menstrual Pain and Pain During Intercourse

Pain during menstruation and sexual intercourse may indicate an inflammatory condition within the pelvis or be a symptom of endometriosis. Inflammatory conditions may result from bacterial or viral infections within reproductive organs and their vicinity (appendix, intestines), and lead to lesions that hinder or prevent pregnancy.

Endometriosis is a hormonal and immune condition occurring in girls and women of reproductive age. It is associated with the growth of the mucosal tissue of the uterus (endometrium) and its presence within the abdominal cavity. The endometrial cells produce mediators (chemical substances), which to a significant extent negatively affect the process of ovulation, fertilization, and, later on, embryo implantation in the uterine cavity.

The cause of the problem is diagnosed on the basis of performed laboratory tests, examination of the bottom of the uterus, and/or laparoscopy. When endometriosis is diagnosed, the therapy increasing the patient’s fertility is selected by the doctor – depending on the stage of the disease’s development and its severity.

Sometimes – where the course of the disease is mild or mild to moderate, the treatment consists of limiting the symptoms of the disease. In more problematic cases, it may require In Vitro Fertilization (IVF).

The surgical treatments to which the patient was subjected, especially within the abdominal cavity may lead to adhesions that cause tubal occlusion, a physical obstacle for sperm joining an oocyte. The examination allows for the diagnosis of fallopian tube patency evaluation by laparoscopy, or ultrasound examination with a contrast agent administered to the reproductive tract. If serious abnormalities are confirmed, the doctor may suggest In Vitro Fertilization (IVF).

Women planning pregnancy should visit a gynecologist before they start trying to get pregnant. The doctor will assess the condition of reproductive organs during an ultrasound examination. Problems with conceiving a child can occur in connection with, for example, an underdeveloped uterus or uterine septum, retroverted uterus, or congenital tubal anomalies.

In the case of diabetes or other metabolic diseases of the future mother, they must consult a physician before trying to get pregnant. In some cases, the consequences of disorders may have an impact on the ability to get pregnant. Enhanced diagnostics and taking additional medical measures may be necessary.

Hyperprolactinemia, the presence of abnormally high levels of prolactin in the blood, also may cause problems with conceiving. Prolactin is a hormone produced by the anterior pituitary gland, and its physiological function is the stimulation of mammary glands during pregnancy and lactation. Its abnormally increased level disrupts the proper functioning of the hormones taking part in the menstrual cycle. The symptoms of hyperprolactinemia may include irregular menstruation, spotting, abdominal pain, dizziness, or visual disturbance. Hyperprolactinemia is diagnosed on the basis of tests determining the blood prolactin levels, and in some cases on the results of supplementary MR imaging of the head and ophthalmic examination.

In the case of certain couples, the female’s body produces antibodies for her partner’s sperm, which may damage and destroy them. Typically, this is defined as Hostile Cervical Mucus Syndrome. By performing tests at the Crown IVF fertility clinic, the couple may check if they will have issues relating to this. Immune system disorders may also be the cause of miscarriages, though in such cases detailed diagnostics are necessary.