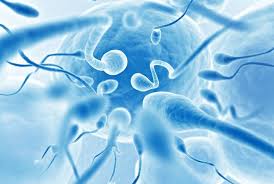 About 35-40% of the problems among couples are caused by infertile conditions in men today. There are many treatment options available for male infertility.

The sperm must be healthy and strong to reach the egg and fertilize it. In the past two decades, sperm count for men around the world has declined by a third. The decline in sperm count is due to lifestyle factors like the consumption of alcohol and tobacco, being overweight, having a lack of sleep, and exposure to chemicals in daily life. A slight modification in lifestyle may show a big change in the health of the sperm.

For fertilization to occur, a male’s sperm must be healthy and strong enough to reach and penetrate the woman’s egg. If you and your partner are planning a pregnancy, you may be wondering about the health of the male partner’s sperm. Begin by understanding the various factors that can affect male fertility, and then consider steps to help your sperm become top performers.

Health of Semen and Fertility

Usually, semen is a white or off-white colored fluid. Any changes in color or smell could be a sign of something more serious. Semen will usually have a chlorine type smell, but a strong foul smelling ejaculation could be a sign of infection. The amount of semen produced varies from person to person. However, recurring low levels of watery semen could indicate a condition called retrograde ejaculation, and though not harmful, it may cause fertility problems. If you spot any of these changes you should contact your GP or the urologist.

In the past two decades, overall sperm count for men around the world has declined by up to a third. The decline in the sperm count is attributed mainly to the following factors. Hypertension and High Blood Pressure Around 80 million adults in the United States have been diagnosed with high blood pressure, which can lead to potentially life-threatening complications if left untreated, including kidney damage, heart attack, and stroke.

A  study conducted at the Stanford University School of Medicine found that the quality of a man’s semen could indicate their risk for hypertension. Research that included 9,387 men between the ages of 30 and 50 revealed that men struggling with fertility tend to have an increased risk for certain diseases of the circulatory system, such as hypertension and heart disease. The relationship between semen quality and hypertension was tied to around 15 percent of all genes in the human genome that are connected to reproduction as well as other bodily systems.

Cigarette Smoking and Weight and Fertility

Smoking and obesity directly affect a male’s fertility. One study published in the journal Human Reproduction showed that a man with a greater body mass index (BMI) often has a lower sperm count and poor semen quality compared to a man with a lower BMI. Overweight and obese men have worse sperm quality than men of a healthy weight. Being overweight or obese can also cause hormonal changes that reduce fertility and make men less interested in sex. Men who are very overweight are also more likely to have problems getting an erection. Together, these factors reduce the chances of men who are overweight or obese fathering a child. Cigarette smoking has a significant influence only on sperm count, percentage of active sperm, and sperm morphology. The semen parameters in infertile men were significantly different from that of fertile men. The influence of body mass index on semen parameters was obvious except in percentage of immotile sperms. These results suggest that the chemical agents or mutagens may affect male reproductive via direct effect on the spermatogenesis.

Effects of Alcohol Consumption on Fertility

Excessive alcohol lowers testosterone levels and sperm quality and quantity in men. It can also reduce libido, and cause impotence. If a man drinks heavily it can really reduce a couple’s chances of conceiving. However, if you reduce what you drink, these effects can be quickly reversed. The current recommended guidelines on safe drinking recommend no more than three to four units of alcohol per day. Drinking within these limits is unlikely to affect the quality of your sperm, so try to make this your maximum. Liver disease caused by excessive drinking also may lead to fertility problem.

Lack of Sleep and Fertility

A lack of sleep is associated with extremely negative health consequences, including heart disease, diabetes, obesity, depression, and certain types of cancer. Yet another study out of Denmark has found that not getting enough sleep can also lower a man’s testosterone levels and sperm count. Men with insomnia and inconsistent sleep had a sperm count that was, on average, 29 percent lower than men who had no trouble sleeping. Tests showed that their testicles were also significantly smaller, according to the study published in the American Journal of Epidemiology. Based on the overall youth and health of all the men involved in the study, the researchers were able to conclude that quality and duration of sleep has a big effect on sperm count, which determines male fertility.

Along with a healthy lifestyle, if a balanced diet is taken it will greatly help increase the sperm count for men. Foods that increase sperm count include banana, walnuts, garlic, pomegranates, spinach, and eggs. The foods mentioned help boost the sperm count and improve the function of sperm, therefore improving fertility.

Overall, the basic fundamentals for male fertility is enjoying a healthy lifestyle and a well balanced diet.