IMSI or Intracytoplasmic Morphologically selected Sperm Injection technology allows to perform morphological analyses of sperm at the highest level compared to standard IVF and microinjection applications. This analysis allows for the microinjection of the sperm without any damage to the live sperm cell. 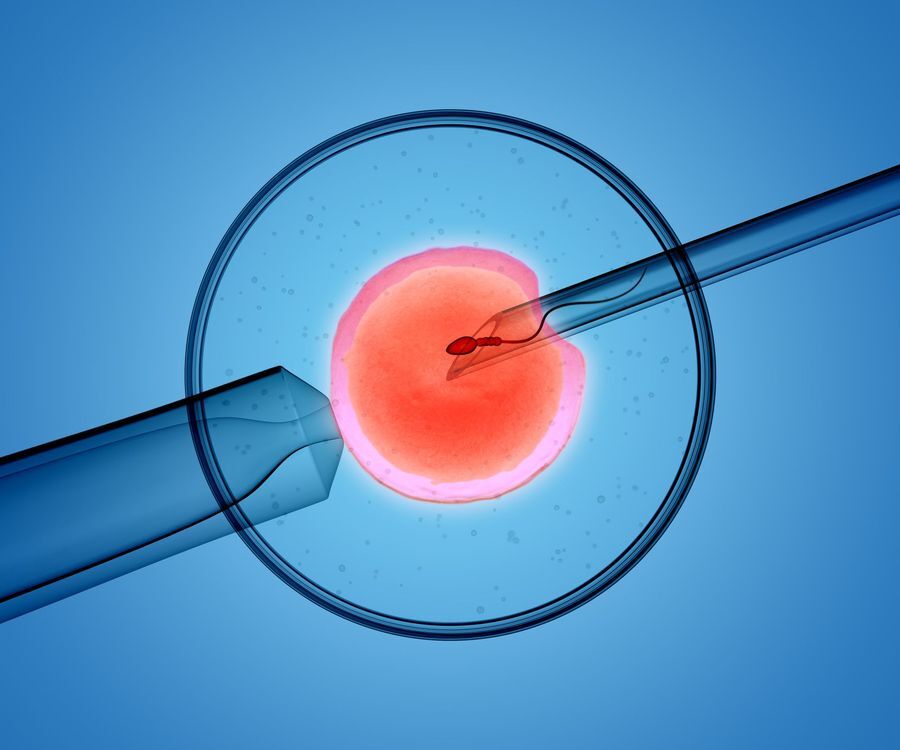 What is the Difference Between IMSI and Microinjections?

In standard microinjection applications, the live sperm cell is enlarged up to 400 × 2 times. In this magnification, the general morphological features of the sperm including the head, neck, and tail structure can be examined. However, structures and cell nuclei, which should not be present, such as organelles and vacuoles in the head structure of the sperm cell cannot be examined.

For this application, special microscopes equipped with advanced technology are used. Using the IMSI technique, the intracellular structures and the cell nucleus morphology in live sperm are examined in detail by using 6000-8000 fold magnification. Therefore, with the microinjection procedure performed after the detailed selection of sperm that is closest to normal, higher fertilization rates between 25% and 40% can be achieved.

Genetic and environmental factors can cause DNA damage of various degrees and severity in male sperm. In ICSI, which is usually used in IVF treatment, sperm containing damaged DNA is more likely to be used. IMSI technology is the best technique to show if there is DNA damage in live sperm.

In 2008, Garolla’s research revealed sperm DNA damage and a correct ratio between vacuole formation in the sperm head, had been widely studied. When the classical ICSI was performed, the sperm were chosen because of the normal morphology and motility. However, it is not known whether sperm DNA is good in the selection of this type of sperm. Since IMSI technique is now used instead of ICSI, sperms with less DNA damage can be selected. In the ICSI performed in normal IVF, sperm was selected at a magnification of 400 × 2 times during sperm selection, and sperm with better DNA were thought to have been chosen, as the IMSI technology was grown 6000-8000 times.

High DNA damage in eggs and sperm can lead to poor quality embryos, as well as low pregnancy and implantation rates and miscarriages.

Abnormal cell metabolism and oxidative stress make it difficult to maintain the integrity of sperm DNA chains and cause various damage to DNA. In men, advanced age, smoking, air pollution, prolonged sexual abstinence, and exposure of the testes to abnormal warm environments increase the damage in sperm DNA. If the sperm DNA damage is less than 8%, it can repair the damaged DNA of the sperm, and a healthy child can be born. But in recent studies, in cases where there is incomplete DNA repair, abnormalities, abnormal aging, premature aging, lung and skin tumors may occur. Therefore, the robustness of the DNA structure in sperm is very important, in terms of ensuring a healthy transition of genetic information to future strains.

When the male’s age exceeds 35, the rate of DNA damage in sperm increases and miscarriages increase. However, as a result of neurological examinations with children born with ICSI at the age of 8 years, it was found that there were no difference between normally conceived and children born with ICSI. But major congenital anomalies were slightly higher in ICSI children. Studies have shown that their development at the age of 10 are equal.

According to the information we have today, children born via damaged DNA sperm used with ICSI hold an unknown future.  In 1992, after the use of ICSI to treat infertility, the sperm were neutralized. With ICSI, embryos can be obtained with damaged sperm that cannot fertilize by natural pathways. In embryos that develop from eggs fertilized with damaged sperm, DNA, permutation and mutation may occur, which may lead to infertility and child cancer in the future. In humans, when there is a vacuole in the sperm and when there is DNA damage, there is no evidence for any damage that will be caused in the children born in the future. It may be concluded that there is less risk in IMSI when the DNA structure and good sperm are selected.

For more information on ICSI technology, contact us via form or WhatsApp!