For pregnancy to occur, the woman’s fallopian tubes must be open and be able to catch the egg, to have it meet with the sperm and be fertilized. In the case of blocked fallopian tubes, it is difficult to obtain pregnancy in a natural way, but it is possible. In cases where both of the tubes are clogged, it is not possible to have a natural pregnancy without being treated via opening because the eggs and sperm cannot meet. In this context, the cause of infertility by around 30% is due to blocked fallopian tubes.

In the seventies, the treatment of opening the blocked fallopian tubes was performed by micro-surgery, in the form of open surgery. However, especially in the last 15 years, such operations can be performed as laparoscopic (closed surgery). The laparoscopic microsurgery (closed microsurgery) technique enables all the treatments that used to be done with open surgery to be carried out as closed. Since the tubes are blocked, the female who cannot get pregnant from the natural way may also be opened with laparoscopic surgery. The chances of getting pregnant in a natural way for women who had laparoscopic surgery for their blocked fallopian tubes is around 60%. 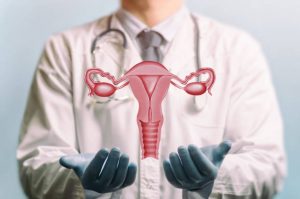 Reproductive tract infections, intra-abdominal surgeries, and endometriosis may cause the blockage of fallopian tubes and partial or total occlusion of the tubes. Infections causing adhesions in the tubes may also be caused by sexually transmitted diseases (STDs) or the tools used in the uterus from previous operations.

Additionally, the explosion of tuberculosis and appendicitis are the other causes of infection in the tubes. Adhesions inside the tubes may cause damage to the tubes and deterioration of their natural texture. For this reason, the female’s eggs can not meet the sperm, and they cannot get pregnant.

How Are Blocked Fallopian Tubes Opened?

The surgical opening of closed fallopian tubes is performed by laparoscopy or laparotomy. In the laparoscopy technique, a small incision is made under the belly hole of the woman, and a thin telescope is inserted into the abdomen. The camera is attached to the back of the telescope, which reflects the appearance of the tube’s abdomen on the screen.

Within that, some small cuts are also made to the abdomen, and mini instruments are placed for surgery. Here, the operation, opening the blocked tubes by laparoscopy, can be done with these small tools, with mini incisions, without damaging the aesthetic appearance of the individual. However, laparotomy is the procedure of opening a large incision into the abdomen of the woman and opening the blocked tubes with open surgery method, and it is no longer preferred.

Should Blocked Fallopian Tubes Be Opened or Should IVF Treatment Be Done?

However, couples who cannot succeed with the first trial will go for the second and third trials of IVF, and will use medication and pay each time. If the pregnancy cannot be achieved naturally even after 1-2 years after the opening of the blocked tubes by laparoscopic surgery, IVF should definitely be considered.

Should Laparoscopy Be Done in All Cases where the Fallopian Tubes Are Obstructed?

The short answer to this question is no. Laparoscopic surgery is not performed for every patient whose tubes are problematic or clogged. If the female’s tubes are severely damaged, swollen, or some of the tubes have been cut out, there is absolutely no need for laparoscopic surgery. Especially for women with severely damaged fallopian tubes, opening of the blocked tubes and opening the adhesion will certainly not be beneficial.

With damaged tubes, no pregnancy can be achieved or external pregnancy occurs one after the other. Therefore, in such cases, it will be more possible to achieve pregnancy through IVF treatment. However, for the women whose tubes are severely damaged, it is recommended to remove the tubes completely with laparoscopic surgery.

What Are the Risks of Opening Fallopian Tubes?

The surgery for opening blocked fallopian tubes does have certain risks, just as every other surgical operation. For example, when the tubes are opened by laparoscopy, there is a risk of pregnancy (ectopic pregnancy) in the tubes. Especially if the female’s tubes are damaged, the risk of an ectopic pregnancy is higher. If the patient knows that their tubes are damaged, they should consult a doctor as soon as possible, in case of delayed menstruation or suspicion of pregnancy. In this way, whether there is an ectopic pregnancy or not can be found out and intervened quickly.

For more information, contact us via form or WhatsApp!